The Soundscraper is a futuristic structure designed to transform auditory vibrations from bustling cities into a source of clean energy. Designed by Julien Bourgeois, Olivier Colliez, Savinien de Pizzol, Cedric Dounval and Romain Grouselle, the Soundscraper is covered with noise-sensitive cilia that harvest kinetic energy while soaking up urban noise pollution. 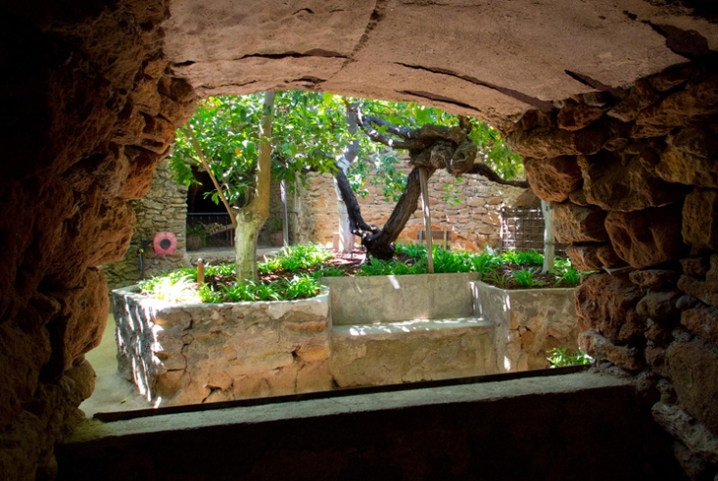 It’s cold and wet here in the northwest, so it’s nice to be reminded that somewhere relatively nearby (ok, 800 miles, but still!), it’s warm and sunny:

Fresno’s Forestiere Underground Gardens are one of California’s most beautiful feats of historical environmental design. Built by Sicilian immigrant Baldasare Forestiere over 40 years of his life, the subterranean gardensare fed with skylights and catch basins. Working totally on impulse, Forestiere designed the retreat without blueprints or plans – and his only tools were a pick, shovel, and wheelbarrow.

Read more: Amazing Forestiere Underground Gardens Were Hand Carved With Only a Pick and Shovel | Inhabitat – Green Design Will Save the World

Happy New Year! This has been a pretty crazy year for me. One of change, growth, more change, more growth… but hopefully all of it has paid off to create a better, more enriching space for me both at work and at home.

In honor of enriching spaces, I figured I’d share Inhabitat’s top six (why six? Not sure) architecture stories of the year:

2011 saw more exciting, innovative and record-breaking green buildingsthan ever before, and judging from the popularity of our eco architecture stories, many of you agree! From the world’s largest wooden structure in Seville to the world’s first vertical forest beginning construction in Milan, if you want to see some of the most mind-blowing designs that made waves this year, then check out 2011′s most popular stories below — and be sure to vote for your favorite!

See the other three and vote for them here: Top 6 Green Architecture Stories of 2011 – Vote for Your Favorite! | Inhabitat – Green Design Will Save the World 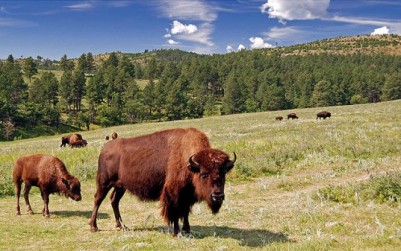 We hear stories of people getting lost or running into dead end streets because they are too religiously following their GPS or smart phone directions. And I’ve definitely been to dinner a couple of times in groups with one or two people who wouldn’t get off their phone. However, some smart phone apps can be useful and engaging, such as apps that encourage people to get out into nature. Inhabitat offered a write-up of one such app that’s tied into the U.S. park system.

Okay, so the article is totally written as a pitch to sell the app, but why not? This is an actually somewhat useful app that gets people more engaged with nature!

Many of us remember spending summers driving to lakes, hiking with the family and camping in the great outdoors, but some of today’s kids would rather spend some alone time with their iPhones than with Mother Nature. ParksByNature’s apps engage the gaming set with an interactive tour guide called The Pocket Ranger. Available in the free Lite Version or the upgraded Pro Version ($3.99), the app features park information, weather alerts, a social network to share favorite spots and photos in real time, and safety features like Friend Finder and Alert Feature, which helps coordinate rescues if a natural disaster were to strike.

The Pro version has guided tours and hikes with GPS tracking, downloadable detailed maps and best of all, supports the park directly. ParksByNature shares the fee with the parks system and Friends of State Parks, a nonprofit partner.

more via ParksByNature Smart Phone Apps Make State Parks Accessible Like Never Before | Inhabitat – Green Design Will Save the World.

They are also planning to expand to zoos, museums, and other nature experiences.

Now I just wish they’d make one for all us non-iPhone aficionados.

It’s starting to be State Fair time around the U.S., so what better time to talk about interesting parks, particularly those made from rehabbed structures?

Over the past few years we’ve seen some very creative minds transform urban ruins into spectacular parks for us to enjoy. If you can brave an abandoned nuclear plant turned into an amusement park, head to Germany – or see how old train tracks can be transformed into beautiful and fun parks in New York City and Lima.

see all of the 6 Awesome Parks Made From Rehabilitated Urban Structures | Inhabitat – Green Design Will Save the World.

Just a great reminder that solar power doesn’t have to include high tech!

Prague-based DaM Architects recently completed a tenement housing project in the center of their city that takes advantage of passive solar design, glazing, ventilation and green materials to give it a high degree of energy efficiency. The firm organized the social housing project by stacking a series of brick-shaped apartments modules in a way that maximizes space, light, natural ventilation, and circulation. They also focused on keeping the project’s overall cost down through the use of inexpensive materials, however they still managed to maintain a high level of quality through precise workmanship.

more via Prague’s Passive Solar Social Housing Project Makes the Most of Inexpensive Materials | Inhabitat – Green Design Will Save the World.

More ways to make social responsibility fun! I love the idea of turning the act of throwing away your trash into a game. 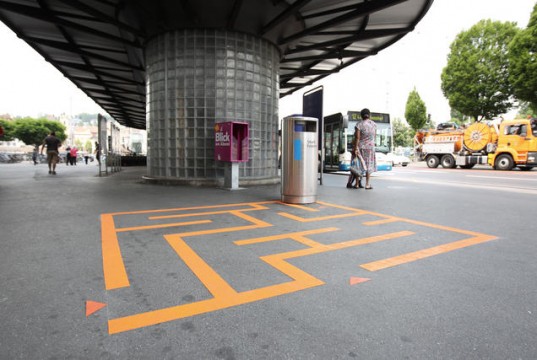 To discourage residents tossing their empty cups and wrappers on the streets and sidewalks, the city of Lucerne launched its “Lucerne Shines” program, which rolled out mazes, hopscotch boxes, and three point lines to make the act of trash disposal more fun. The project appeals to kids and is a great nostalgic throwback for adults alike — kudos to the Swiss town for this creative idea!

check out more games, like hop-scotch and puzzles, via Lucerne’s Clever Street Decals Make Taking Out the Trash Fun | Inhabitat – Green Design Will Save the World.