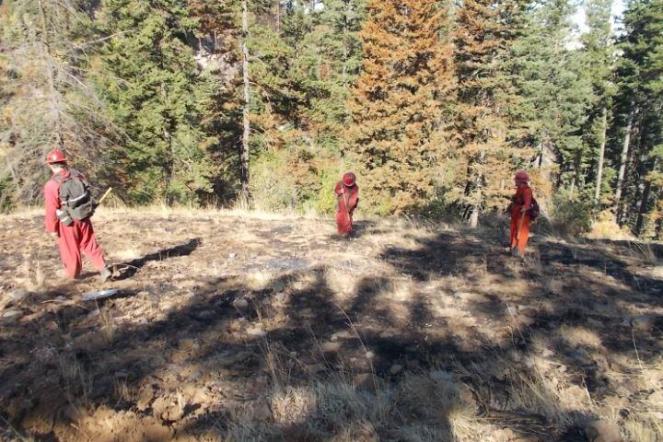 Crews of juvenile inmates have been sent to fight wildfires in Washington state since the 1960s.

Their mission: Make sandwiches, dig trenches and build fire lines to keep flames at bay. They can pull 16-hour shifts and earn between 70 cents and $1.60 an hour. The youngest are 15; the eldest, 20.

“The kids go to fires all over the state,” said David Griffith of the Juvenile Rehabilitation Administration in Olympia. “It’s something they want to do.”

Source: There Are Kids Fighting Fires In Washington State | KUOW News and Information

When I first read this article I was shocked that they would send teenagers out to do this job. And then I realized what a great opportunity and program this was actually an amazing opportunity.

The teenagers get outside into nature, which has been shown to have a ridiculous amount of benefits around concentration, calming and serenity. It gets them exercising, which also has amazing physical and psychological benefits. They learn skills they can use as grown-ups, they learn to work as a team, they learn to take orders, and they are giving back to other people in need, like someone who’s house is in danger of being burned down.

This is not exactly play, but it is an applied real-world education, and while some commenters have been upset by the small amount of money they make, frankly I don’t think that matters, especially if we think of this program as an addition to the regular traditional education that they’d be receiving in public school or in correctional facilities. In fact I suspect if you offered this program to public high schools it would fill up in a matter of days.

There are also programs like this in California. With the scary fires and kid escaping this past month Washington is reevaluating whether to keep it going. I hope they continue this program and encourage similar programs for kids “in the system.”